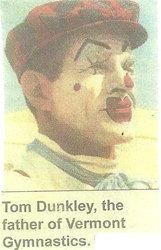 Tom Dunkley had a passion for physical activity and a love for conservation and the environment. He also had a love for the sport of gymnastics, and in 1973 Tom incorporated all of these into the creation of “Dunkleys Gymnastics Camp!” His legacy will live on as 1st and 2nd generations of the Dunkley Family strive to instill his values:

Highlights of the life of Vermont’s Father of Gymnastics & Dunkley Camp Founder: 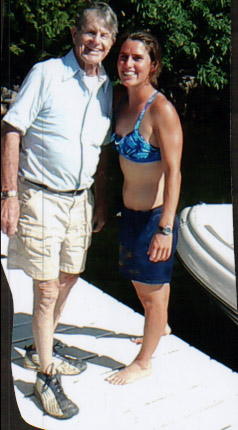 Organized and directed the UVM PE Teacher Saturday AM Training

Retired from the University of Vermont, Coaching and Camping to take care of his wife Doris

Tom was inducted into the Springfield College Athletic Hall of Fame

On his way for a bike ride with his daughters, Tom suffered a stroke and died at the age of 86.  His Family hopes to honor his legacy and his leadership through future Dunkleys Gymnastics Camp Adventures!